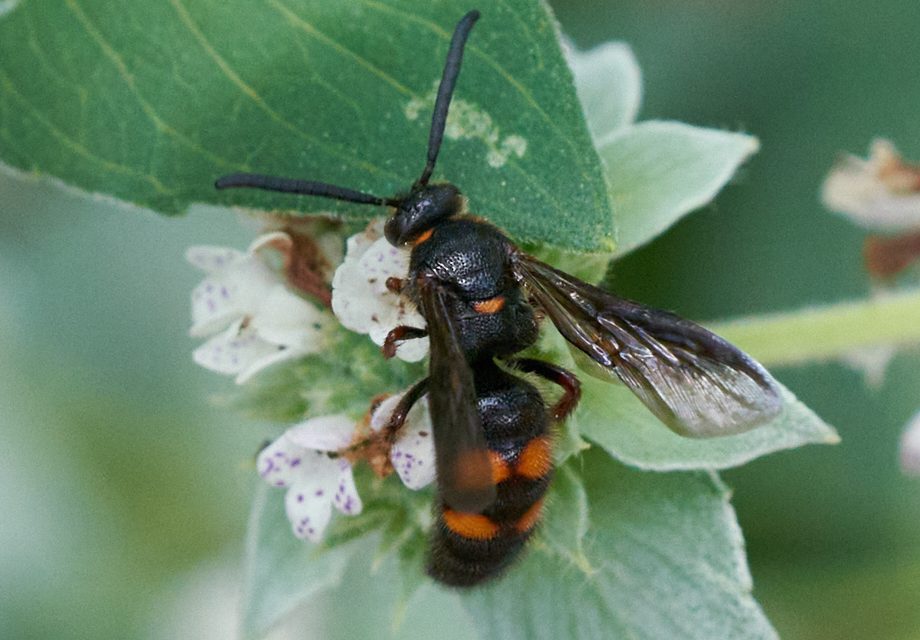 Scoliid Wasps are colorful, large, and relatively calm. They’re fun to see and easy to photograph. With iridescent wings and large, colorful spots, they can be as beautiful as butterflies. Like many other bees and wasps, Scoliid Wasps enjoy visiting the Mountain Mint, Rattlesnake Master, and Fireworks Goldenrod.

The females dig to find the grubs of Scarab Beetles (think Japanese Beetle or June Bug). When they find one, they sting it to paralyze it and lay one egg on the larva. The young Wasp hatches and eats the grub that Mom provided. 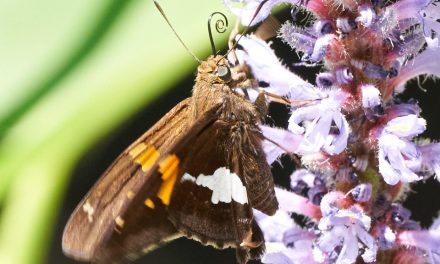 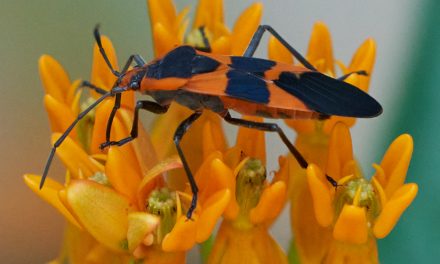 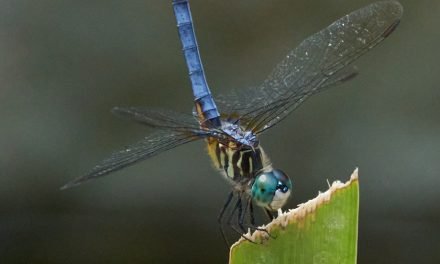 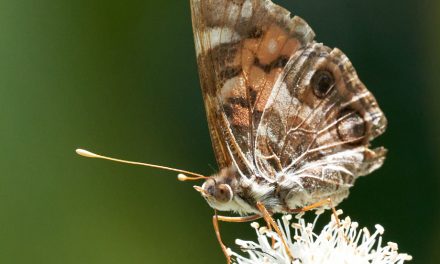