Deer visit at Night (with Video)

In over thirty years here, I’ve only seen Deer in the garden twice. Recently the wildlife camera revealed them gracing the garden at night. A young Doe visited at the end of June and a Buck with antlers stopped by in early August. The Doe ate all the flowers on a Stokes Aster, as you can see in the video, but for the most part I don’t notice much damage. This spring someone, probably a Deer, kept eating the tender leaves of the new Oakleaf Hydrangeas until I surrounded the plants with low fencing and rings of pinecones.

One of my happiest mornings happened in Yosemite National Park. We had a room on the ground floor of a cluster of buildings in the woods. We woke up to gentle snow and three Deer browsing among the pine trees just outside glass patio doors.

It’s a treat to see them here, and also a sign of increased habitat loss. I knew there were Deer living in the woods around our neighborhood. In the last few years, the woods have been cut down in favor of highways and houses. The Deer move into increasingly populated areas to find food and shelter. I’m sure they miss the woods that used to be here even more than I do. 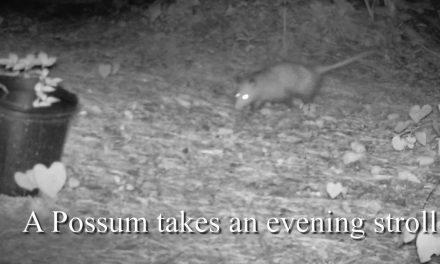 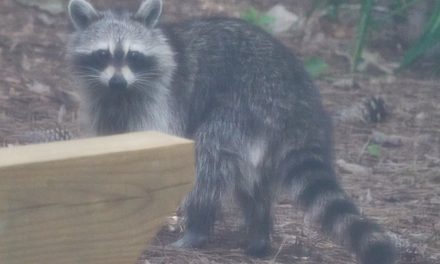 Raccoons at Night (with video) 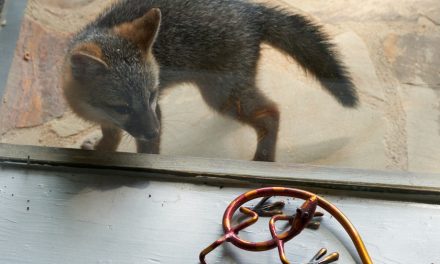